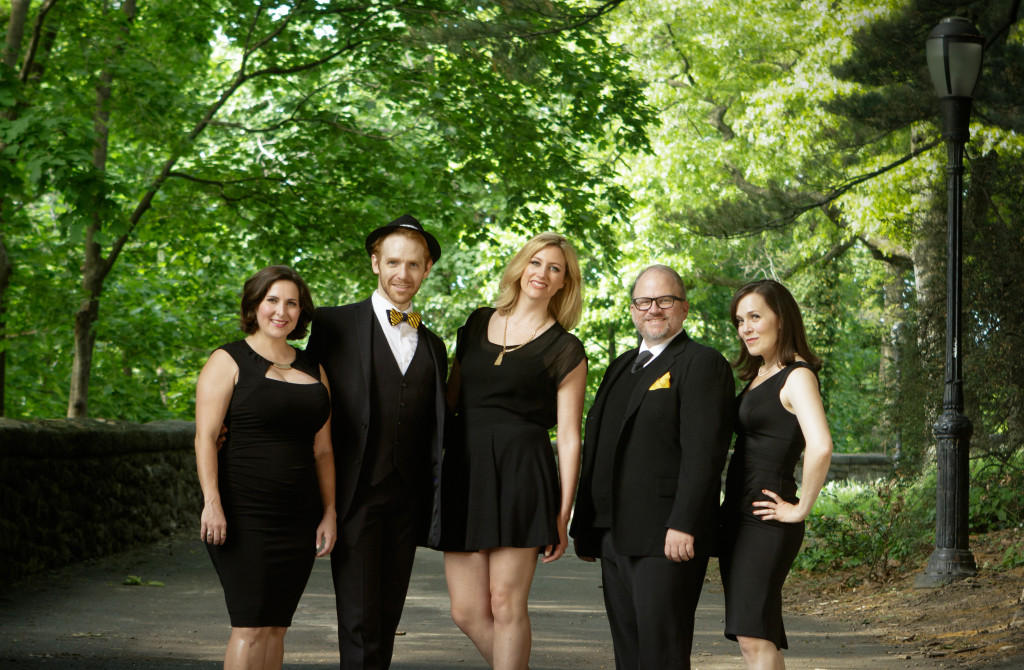 “A BREATH OF FRESH AIR IN THE CABARET WORLD”

Marquee Five debuted in 2009 and won the 2010 MAC Award for their first show, “We Can Make It: The Songs of Kander and Ebb” at the Metropolitan Room. They followed in 2010 with “8-Track Throwback” at Don’t Tell Mama, a show Cabaret Scenes called “top-notch spectacular.”  The group released an album recording of “8-Track Throwback” in 2011. They debuted a third show, “Broadway By The Letter: Act One” at 54 Below in 2013, followed by  the New York City debut of “Back Porch Swing” in 2016 at The Laurie Beechman Theatre. In September of 2016, they opened the Cabaret Series of The Richard and Karen Carpenter Center in Long Beach, CA with “Back Porch Swing,” and performed for No Square Theatre in Laguna Beach, CA. Sierra is a California native with newer roots in New York City soil, and has performed in cabaret and musical theater throughout the U.S. Favorite roles include Chiffon in The Little Shop of Horrors (Utah Shakespeare Festival), Second Soprano in Master Class (Odyssey Theater), and Angel City Four Alto/Donna-Oolie understudy in City of Angels (Goodspeed). She has also been seen recreating certain cartoon godmothers and villainous divas on a number of Disney Cruise Line stages. When at home, she shares a love of sci-fi and sushi with her husband. Lynsey is a southern gospel-bred classically-trained singer. Favorite roles include Laverne Andrews in Sisters of Swing and Cinderella in Into the Woods. Lynsey is also very active in film production and is part of the film collective Video Mass in Brooklyn with her husband Carl. Kristin is a long-time NYC-based stage performer. Her Off-Broadway debut at Irish Rep Theatre garnered her a Drama League performance award nomination along the likes of Liam Neeson (he won, she’s ok with it). Favorite roles include Millie in Thoroughly Modern Millie and Eva Peron in Evita (in Berlin, Germany). Kristin is also a musical theatre lyricist and member of BMI/Lehman Engel Workshop. She juggles her stage pursuits with a corporate job, thanks to her supportive husband and two daughters who are thankfully almost (!) out of diapers… Julie, a proud founding member of Marquee Five, is also a multi award winning vocalist and recording artist. Julie is the first ever Nightlife Award recipient for Outstanding Female Vocalist and the recipient of the Julie Wilson Award from the Mabel Mercer Foundation. Julie has appeared at Town Hall in Broadway Musicals of 1940 and 1965 and in top clubs around Manhattan. She is a recurring cast member of Sondheim Unplugged at 54 Below and can be heard on Marquee Five’s debut CD, 8 Track Throwback.