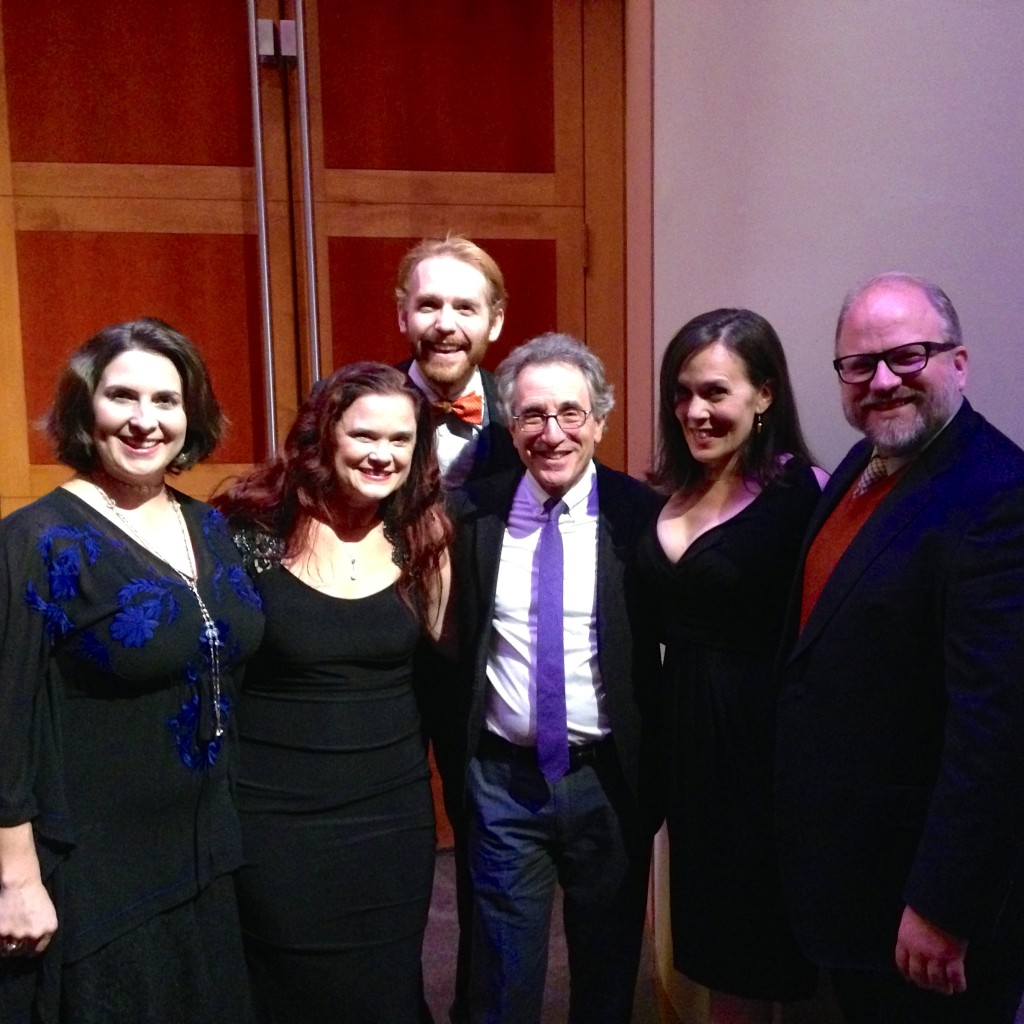 Marquee Five was thrilled to shared the stage with original cast members of “Into the Woods” Joanna Gleason and Chip Zien in “Into Sweeney Todd’s Woods” at NJPAC on November 1, 2014. Marquee Five presented two original arrangements of Stephen Sondheim works: “The Ballad of Sweeney Todd,” and “Ever After.”  Featuring a cast of Broadway and cabaret stars, the evening celebrated music from “Into The Woods” and “Sweeney Todd,” accompanied with slides and commentary by director Phil Geoffrey Bond, with musical direction by Joe Goodrich.